So K has been struggling in mainstream school for the last three years. Almost since day one. The first eighteen months I was told he was “naughty”.

I listened to all these excuses and I bought into them, not realising that actually both of our self esteems were now suffering. K couldn’t see the good in himself, and I certainly didn’t, I doubted myself as a parent. Am I doing good enough, am I to blame, why does my child behave like this?

Well after eighteen months I moved him schools, and he settled in reasonably well in his new class… That was until he settled in that little bit more and got his feet under the table. His teacher spotted the signs straight away. She put in a request for a referral. Finally someone was listening to my cries.

A new school year begins and he has a new teacher. New teacher says “he’s just attention seeking” and his referral is forgotten about for another four months.

Bad habits begin to form again and all the coping mechanisms and strategies are no longer used, his behaviour is failing again.

The BEMHS team come to assess and agree he needs a paediatritian and he is discharged as quickly as he is observed. Back to the referral process.

Six weeks pass and I hear nothing. So I start to make enquiries. I’m told to wait. I’m told an appointment will come through eventually. Just wait. Like I haven’t been waiting already. I give it a few more days and it’s niggling away at me. Something’s not right. I phone again and sure enough, they hadn’t sent the GP permission form and so that’s the reason he hasn’t had an appointment, because without that, nothing can go further.

I am literally devastated for K. We now have to wait some more, for something that should have been done six weeks ago. It makes me wonder, what if, what if I hadn’t of made these phone calls, and pushed and badgered, and got on their nerves. If i hadn’t of asked them to look into it further. How long would he have been forgotten?

I am now really hoping the next stage doesn’t take too much longer. K needs the help now. I know parents have said it takes a while. But… How many other kids get lost in the system like this? Why isn’t there more help for kids like K, who at the end of the day, just want to fit in?

I hope I am just a one-off parent who was just unlucky this time, but I fear that I’m not and there are other kids out there waiting, and forgotten.

Please, if you have any experiences with the diagnosis/ referral process, please share with me, and follow our story. I’d love to hear from you. 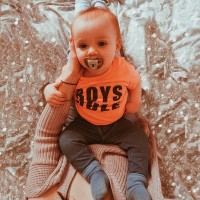