This is the definition of terrible twos in the dictionary.

This is putting it politely in my opinion.

It feels quite funny, that, whilst I have been through this phase before with T I think I got off quite lightly the first time round.

T never ever SCREAMED the house down because I gave him a blue cup this morning instead of his green one. T never screamed at me because he wanted a fork instead of a spoon to eat his peas…

E is the sweetest little thing, when he’s getting his own way.

Right now he doesn’t want me to hold his hand to cross the road so I have to either hold his wrist to accompany him or pick him up and carry him when this doesn’t work.

I’m all for helping him with his independence but when he refuses to wear a jacket and it’s chilly outside I am shocked to see how quickly his mood can change because he has decided something that’s not in his best interests.

Second time round I’m faced with a toddler who loves to scale the windowsill and when told to come down he refuses to, laughing loudly as he carries on, to then a full blown meltdown when it comes to taking him down, he stands on the sofa and as I walk to over telling him to sit, he jumps down laughing excessively like it’s all one big game.

He also takes one bit out of every part of his dinner but never finishes it, in fact I don’t think he actually takes a second bite, then requests biscuits after he’s refused the rest of his dinner.

It gets better when we are in public though! The stares you get! Sometimes it’s like nobody has EVER had a screaming toddler before. I laugh loudly as I walk passed with my toddler in my arms “anyone want a two year old?” Or “aren’t the terrible twos fun!”

I love that he’s growing up into his own little person but actually, I underestimated my two kids and how different they actually are. My first son breezed through this phase, whilst my other, he’s a force to be reckoned with.

Lets just hope we move through this phase quickly and calmly, with a heck 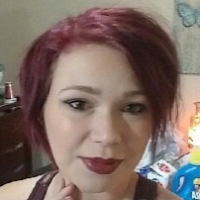